The English language contains a large number of weather idioms. Most of them use the weather as a metaphor for something else apart from the weather itself.

On this page, I’ve included the weather idioms that you are most likely to see or want to use in your IELTS exam.

They can be used in your Speaking test and you may occasionally hear one in the Listening test. Idioms are informal language so less likely to appear in the Reading texts and are too informal to use in your Writing exam.

Most idioms are quite difficult to use correctly and it’s better not to use them at all than risk using them incorrectly or inappropriately. Only use one if you are 100% sure you can use it correctly.

Having said that, many weather idioms are fairly simple to understand and use which is why I’ve created this list for you.

Don’t try to learn this list of weather idioms.

The list will help you to become familiar with them but please don’t try to memorise them all. If there are a few that you like and think you’d find particularly useful, pick them out and learn them fully. It’s vital to practice using them often so they flow naturally in your speech.

The best ones to choose are those you think could potentially be used in several different situations.

I’ve divided the list into groups based on the type of weather they’re related to. This will help you to find your way around them.

We'll start with a couple of general ones:

in all weathers – in every kind of weather, both good and bad.

- I belong to a rowing club and we train on the water in all weathers.

to feel under the weather – to not feel very well.

- Uma decided not to go to the party as she was feeling under the weather.

- It’s been raining cats and dogs all day.

as right as rain – to be healthy.

- I had a horrible cold last week but I feel as right as rain now.

to take a rain check – to decline an offer or invitation for the time being.

- Yes, I’d love to see the movie with you but I’ll have to take a rain check tonight as I’ll be late finishing work.

it never rains but it pours – when several things go wrong in quick succession.

- First I got stuck in traffic, then I couldn’t find a parking space and now the lift isn’t working. It certainly never rains but it pours.

to save for a rainy day – to save money for the future, especially to cover unexpected expenses.

- I always put 10% of my wages in a savings account as I believe it’s important to save for a rainy day.

come rain or shine – whatever the situation.

- Good friends are always there for you come rain or shine.

to chase rainbows – when someone pursues something they’ll probably never get or achieve.

- Kalifa is convinced this new business idea will make him millions but he’s just chasing rainbows. 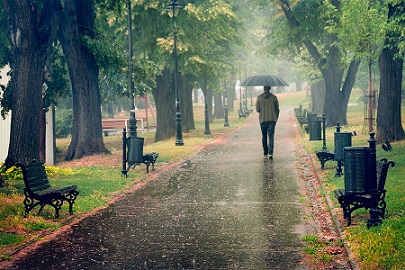 Weather Idioms Related To The Wind

to throw caution to the wind – to do something without worrying about the risk or the results.

- I’m a bit nervous about going on holiday on my own but I’m throwing caution to the wind and booking a trip to Venice.

to get wind of something – to begin to suspect something or hear a rumour.

to sail close to the wind – to behave in a manner that is close to the limit of what is acceptable, allowed, or safe.

- I admit that he gets some great deals for the company but I think he’s sailing a bit close to the wind this time.

windfall – a large amount of money that is won or received unexpectedly.

- Asha was delighted to receive a windfall on the death of a wealthy relative she hardly even knew.

to be a breeze: to be very easy or simple.

- I was dreading the English exam but it turned out to be a breeze. 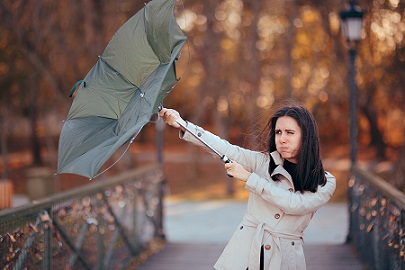 to have your head in the clouds – to be out of touch with reality or have unrealistic ideas; to be a daydreamer.

- I’m not sure the new secretary was the right person to appoint for the job, she seems to have her head in the clouds most of the time.

to cast a cloud – to cause people to feel unhappy about something.

- Their argument in the car on the drive down to the coast cast a cloud over the whole weekend break.

every cloud has a silver lining – for every bad situation there is something good that can come out of it.

- I was so cross when I missed the train but every cloud has a silver lining and on the later train, I sat next to a lovely girl who’s agreed to go on a date with me.

on cloud nine – to be extremely happy.

- Jamilla had been waiting for years for her boyfriend to propose and was on cloud nine when he finally asked her to marry him. 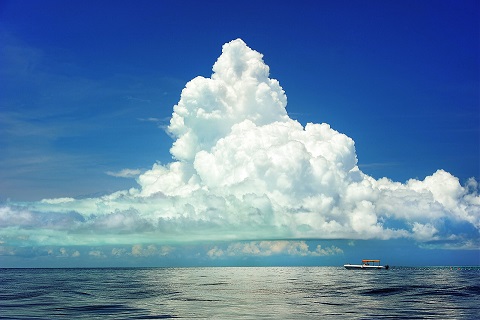 to take a shine to – to like someone immediately.

- My brother’s really taken a shine to the girl who’s just moved in next door.

ray of sunshine – a person who brings happiness into the lives of others (sometimes used sarcastically about someone with a negative attitude).

- I always hope that Grace is on reception when I go to the dentist. She’s such a ray of sunshine and makes the visit much less stressful.

ray of hope – something that provides a small amount of hope in a difficult situation.

- The new drug offers a ray of hope to people suffering from this rare genetic disorder.

fair-weather friend – a friend who cannot be relied on in difficult times.

- Amir got on really well with Julio from his football team but he turned out to be just a fair-weather friend and stopped coming round when Amir got dropped from the team.

dry spell – a period of little or no productivity, activity or success.

- I used to achieve top salesperson in our company nearly every month but I’m going through a bit of a dry spell at the moment.

out of the blue – unexpectedly, without warning.

- I thought she was happy in our marriage but then, out of the blue, she said she was leaving me.

bolt from the blue – an unexpected or sudden event, usually unwelcome.

- The threat of redundancies came like a bolt from the blue. 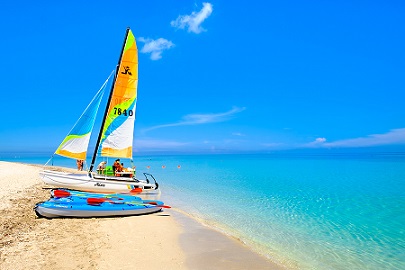 to go down a storm – to be popular or well received.

- The new flexible working hours went down a storm with the staff.

calm before the storm – a period of calm and stability before a time of great activity or difficulty.

- The children would be arriving for her daughter’s party in just over an hour but everything was ready so she sat down for a cup of tea in the calm before the storm.

to weather a storm – to successfully deal with a problem or to get through a difficult situation.

- The business nearly went under during the recession but they managed to weather the storm and profits are now rising steadily again.

a storm brewing / a storm on the horizon – a situation where something unpleasant is about to happen despite everything currently being calm.

- Although no-one has openly objected to the radical shake-up on the team, the coach could sense a storm brewing.

- Cherie is yet to find out that her best friend went out with her ex-boyfriend and I sense a storm on the horizon.

- Katia and Hugo had always had a stormy relationship so no-one was surprised when they split up.

to take by storm – to suddenly be very successful in a particular place or with a certain group of people.

- The new band took the audience by storm when they appeared at their first gig.

storm in a teacup – a small problem or event that has been made more significant than it really is.

- The row over who used the last teabag was just a storm in a teacup.

to steal someone’s thunder – to take the attention away from someone or deny them praise or success but saying or doing something they were going to do or say first.

- I was so angry at Arash for leaking information to the staff about the exciting bonus package I was going to reveal in the meeting. He really stole my thunder.

- I knew Mum had told Dad about the dent I’d put in his car because he stormed into the room with a face like thunder. 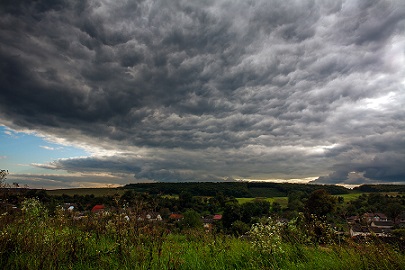 tip of the iceberg – a hint or suggestion of a much larger problem or more complex hidden issue.

- When she called in the accountant after finding an error in the bookkeeping, it was soon discovered that this was just the tip of the iceberg and that a large sum of money was missing from company funds.

to break the ice – do or say something to relieve tension or get a conversation going in a strained situation or when strangers meet.

- I always invite Freja to charity dinners as she’s great at breaking the ice.

snowed under – very busy, or overloaded with work or things to do.

- I really try to get home in time to eat with the family in the evening but I’m snowed under at work at the moment and rarely manage it more than once or twice a week.

put on ice – to postpone for another time.

- We were making good progress with the project but it had to be put on ice when government funding dried up. 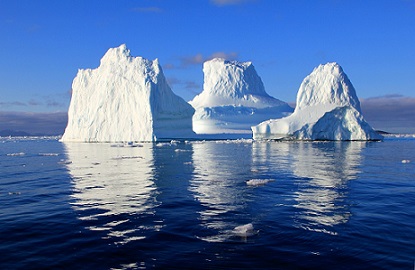 Did you recognise any of these weather idioms? Have you heard them when listening to native English speakers talk?

I certainly recommend listening out for them from now on. Now that you're familiar with them I'm sure you'll begin to notice them more.

When you do hear them, take note of how they're used in context. This will really help you to understand them better and be more able to use some of them yourself.

But please do head my warning of learning just a few really well and only using them if they're entirely appropriate for what you want to say and you can use them 100% correctly.

For a whole page of common weather vocabulary and some related IELTS-style questions and answers, visit my Weather Vocabulary page.

Learn vocabulary for common topics while getting valuable practice answering the different types of IELTS questions. 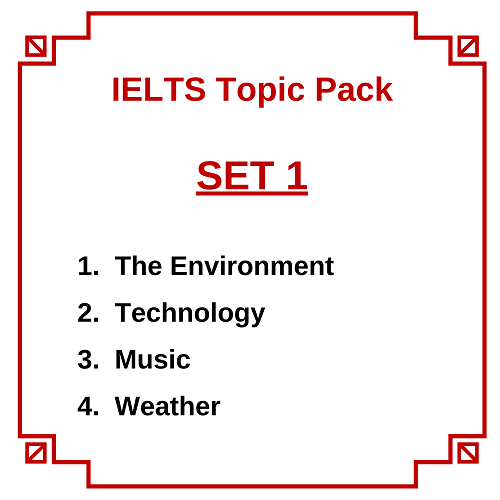 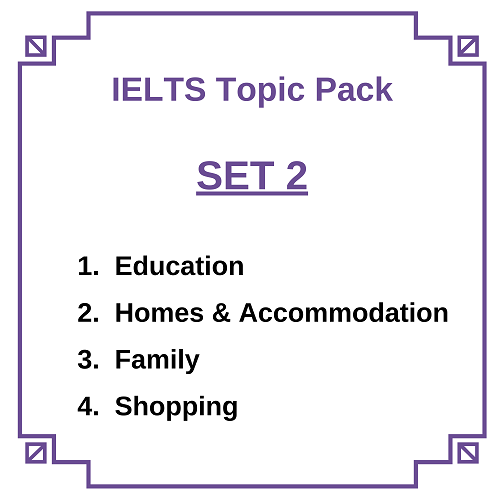 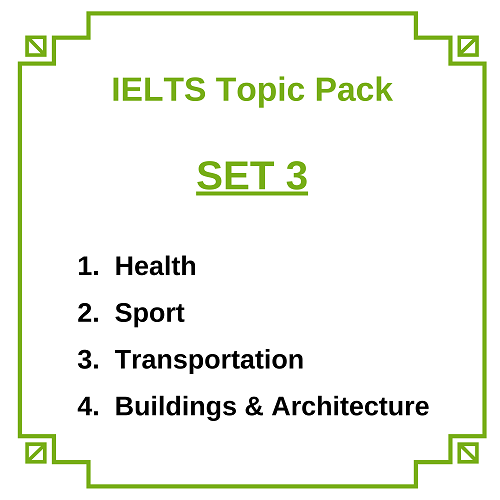 "I followed the exact essay structures for two weeks and I was able to get the score I wanted." Guththika S. D.

"I am very excited to have found such fabulous and detailed content. I commend your good work.” Jose M.

“Thanks for the amazing videos. These are "to the point", short videos, beautifully explained with practical examples." Adari J.

“You are a great teacher. I wish I had found your website earlier because I wasted a lot of time and money on my IELTS exam in the last few years but now, with your strategies and knowledge, I'm around 7.5–8 in both speaking and writing. This is wonderful because before that I scored about 5.5–6." Reyhaneh S.