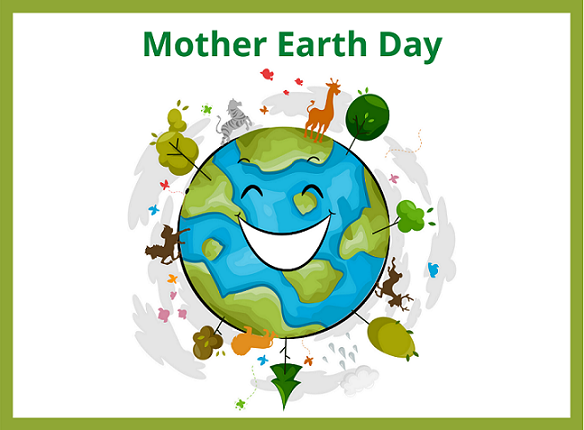 1)  It is predicted that by 2100 as many as a half of all types of plants and animals will live under unfavourable climatic conditions.

2)  The study considered when over three thousand species of land and sea creatures may experience climatic conditions that could prove harmful to them.

3)  Some coral reefs have already been severely damaged by a rise in sea temperature.

4)  Many people do not understand the close relationship between biodiversity and the future of humankind on the earth.

5)  Although we still need to cut down on the use of gas, coal and oil, it is more important to put time and money into conservation efforts.

Climate change and the loss of biodiversity

The impacts of climate change on species and ecosystems are already evident. Poleward shifts in the geographic distributions of species, catastrophic forest fires and mass bleaching of coral reefs all bear the fingerprints of climate change. But what will the world’s biodiversity look like in the future? Projections indicate that unless emissions are rapidly reduced, the climate crisis will get substantially worse. Up to 50% of species are forecast to lose most of their suitable climate conditions by 2100 under the highest greenhouse gas emissions scenario.

But we still lack answers to some basic questions. When will species be exposed to potentially dangerous climate conditions? Will this occur in the next decade or only later in the century? Will the exposure of species accumulate gradually, one species at a time? Or should we expect abrupt jumps as the climate limits of multiple species are exceeded?

Our understanding of when and how abruptly climate driven disruptions of biodiversity will occur is limited because biodiversity forecasts typically focus on individual snapshots of the future. We took a different route. We used annual projections of temperature and precipitation from 1850 to 2100 across more than 30,000 marine and terrestrial species to estimate the timing of species exposure to potentially dangerous climate conditions.

Based on these projections, we estimate that climate change could cause sudden biodiversity losses. These could occur much sooner this century than had been expected. This new analysis indicates that a high percentage of species in local ecosystems could be exposed to potentially dangerous climate conditions simultaneously. Rather than slowly sliding down a climate change slope, many ecosystems face a cliff edge.

There is a high risk of abrupt biodiversity loss early this century. Abrupt biodiversity loss due to marine heatwaves that bleach coral reefs is already under way in tropical oceans. The risk of climate change causing sudden collapses of ocean ecosystems is projected to escalate further in the 2030s and 2040s. Under a high greenhouse gas emissions scenario the risk of abrupt biodiversity loss is projected to spread onto land, affecting tropical forests and more temperate ecosystems by the 2050s. These dire projections use historical temperature models to find the upper limit that each species can survive under, as far as we know. Once temperatures rise to levels a species has never experienced, scientists have very limited evidence of their ability to survive.

It’s possible some species, such as those with very short generation times, may be able to adapt. For species with longer generation times, such as most birds and mammals, it may be only a few generations before unprecedented temperatures occur. When this happens the species’ ability to evolve out of this problem may be limited. But why does this matter so much?

Abrupt losses of biodiversity from climate change represent a significant threat to human well-being. In many countries a large percentage of people rely on their immediate natural environment for their food security and income. Sudden disruption of local ecosystems would negatively affect their ability to earn an income and feed themselves, potentially pushing them into poverty.

For instance, marine ecosystems in the Indo-Pacific, Caribbean and the west coast of Africa are at high risk of sudden disruption as early as the 2030s. Hundreds of millions of people across these regions rely on wild-caught fish as an essential source of food. Eco-tourism revenues from coral reefs are also a major source of income. In Latin America, Asia and Africa, large parts of the Andes, Amazon, Indonesian and Congo forests are projected to be at risk from 2050 under a high emissions scenario. Sudden loss of animal communities could negatively affect the food security of people in these regions. It could also reduce the long-term ability of tropical forests to lock up carbon if the birds and mammals that are important for dispersing seeds are lost.

These findings highlight the urgent need for climate change mitigation. Rapidly reducing greenhouse gas emissions this decade will help save thousands of species from extinction, and protect the life-giving benefits they provide to humans. Keeping global warming below 2°C flattens the curve of climate change risk to biodiversity. It does this by massively reducing the number of species at risk and buys more time for species and ecosystems to adapt to the changing climate, whether that’s by finding new habitats, changing their behaviour, or with the help of human-led conservation efforts. There’s also an urgent need to ramp up efforts to help people in high risk regions adapt their livelihoods as climate change alters local ecosystems.

Projecting where and when species will be exposed to dangerous climate change throughout the century could provide an early warning system, identifying those areas most at risk of abrupt ecological disruption. In addition to highlighting the urgent need for reducing fossil fuel usage, these results could help guide conservation efforts, such as designating new protected areas in climate refugia.

They could also inform resilient ecosystem-based approaches for helping people adapt to changing climates. An example would be planting mangroves to protect coastal communities against increasing flooding. The potential to continuously update and validate these near-term projections as ecological responses to climate change unfold should further refine projections of future climate risks to biodiversity that are so central to managing the climate crisis. Our planet is still teeming with life. With the right political leadership and daily actions that we take as citizens, we still have the power to keep it that way.