The cables that connect us all 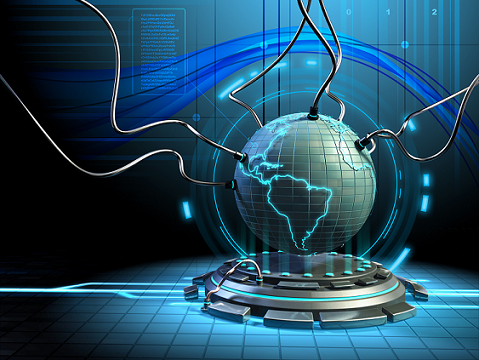 Choose NO MORE THAN TWO WORDS AND/OR A NUMBER from the text for each answer.

2)  How long did Blum spend carrying out research for his book about the Internet?

3)  Which element of the Internet did Blum find most interesting?

4)  Near which city did Blum witness the connection of an undersea cable first-hand?

5)  What prevented the cable from sinking to the sea bed?

The cables that connect us all

(This is an article about a lecture given at TEDGlobal 2012 by Andrew Blum.)

Architecture writer Andrew Blum has always focused on the physical landscape: our cities, our buildings, the places in which we live and work. Yet, along with the rest of us, he says, he’s realised that over the past few years, our relationship with the physical world has changed. We look at screens, a world with no physical presence. Thinking about this, Blum realised that he had no clear picture about the physical nature of the Internet.

Then something happened. Blum’s internet broke. A sadly all-too-common occurrence, it nonetheless prompted a revelation. “The cable guy came to fix it, and he started with some dusty cables behind the couch which he followed out of the building to the basement to the backyard, where there was a jumble of wires along the back wall. Then he saw a squirrel. ‘There’s your problem,’ he said. ‘A squirrel is chewing on your internet.'” This, says Blum, seemed ridiculous. “The internet is a transcendent idea,” he says. “It was unequivocally not something a squirrel could chew on.”

So Blum got to wondering what might happen if he carried on tugging on that wire in his backyard, to see where it might go and whom he might meet along the way. So he did. He’s spent the past three years tracking the physical world of the Internet for his new book, Tubes, and it turns out: “It’s a remarkable place filled with data centres that use as much electricity as the cities in which they sit,” he says. “And it’s surprisingly physical and surprisingly intimate.”

What fascinated Blum the most was the undersea cables that stretch around continents to help make the Internet a global phenomenon. Incredibly small on one level, on another they are incredibly expansive, stretching for thousands of miles along the ocean floor. And, while the physical process is simple – light goes in on one side of the ocean and light comes out on another – it’s equally incredibly sophisticated. The fibres are the thickness of a hair, yet these cables connect continents.

Blum introduces us to Simon Cooper, an English man who until recently worked for Tata Communications. “We’ve only communicated via the Telepresence system, which makes me think of him as the man inside the internet,” Blum jokes. Cooper helped Tata to lay cables across both the Atlantic and the Pacific, to build a “belt around the world,” and he helped Blum get access to watch what happens when a cable is actually being laid, “when a continent is being plugged in.”

With four days’ notice, Blum headed to a beach south of Lisbon. And, just as Cooper had described, “a little after 9 o’clock, this guy will walk out of the water.” He was carrying the messenger line, the first link between sea and land. The process from then on is entirely physical. The cable, hanging in the water from orange buoys, is aligned, and the diver gets back into the sea and cuts it free of its buoys with a large knife. Then the engineers prepare to connect it, firstly using hacksaws to shave at the plastic sheathing, finally working “like jewellers to get the hairline fibres to connect.”

Finally, once the cable is connected, the engineers replace the manhole cover, cover it with sand, and then: “We forget all about it,” he says. “That’s a shame. We talk a lot about the cloud, and when we put something on the cloud we give up some responsibility for it; we are less connected to it.”

Perhaps, he suggests, we might rethink our relationship with the Internet. To close, he quotes Neal Stephenson: “Wired people should know something about wires.” As far as Blum is concerned, we should know where the Internet comes from. “We should know what it is that physically connects us all.”

To learn How to Answer Short Answer Questions, click this link.