Why is biodiversity so important? 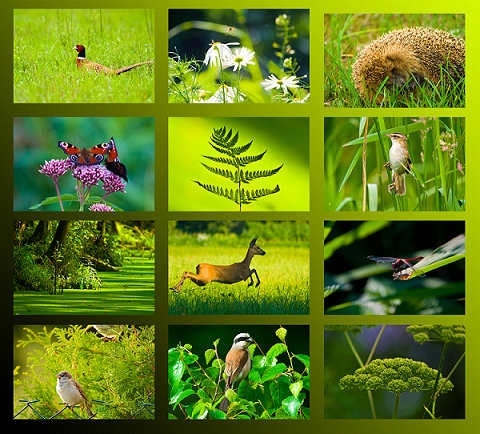 Complete each sentence with the correct ending, A–G, below.

1)  The strength of an ecosystem is determined by

2)  Plant eating creatures in the Amazon rainforest are responsible for

3)  Species with genetic diversity are

4)  Coral is vitally important to biodiversity because it

A   returning nutrients to the soil when they die and decay.

B   supports many other marine species.

C   the level of interconnection between the three features of biodiversity.

E   more resilient to changes in climate and habitat.

F   less able to adapt to changes in their environment or disease.

G   spreading seeds around the forest.

Why is biodiversity so important?

Our planet's diverse, thriving ecosystems may seem like permanent fixtures but they're actually vulnerable to collapse. Jungles can become deserts and reefs can become lifeless rocks, even without cataclysmic events like volcanoes and asteroids.

What makes one ecosystem strong and another weak in the face of change? The answer, to a large extent, is biodiversity. Biodiversity is built out of three intertwined features: ecosystem diversity, species diversity, and genetic diversity. The more intertwining there is between these features, the denser and more resilient the weave becomes.

Take the Amazon rainforest, one of the most biodiverse regions on Earth due to its complex ecosystems, huge mix of species, and the genetic variety within those species. Here are tangled liana vines which crawl up from the forest floor to the canopy, intertwining with treetops and growing thick wooden stems that support these towering trees. Helped along by the vines, trees provide the seeds, fruits and leaves to herbivores, such as the tapir and the agouti, which disperse their seeds throughout the forest so they can grow. Leftovers are consumed by the millions of insects that decompose and recycle nutrients to create rich soil.

The rainforest is a huge system filled with many smaller systems, like this, each packed with interconnected species. Every link provides stability to the next, strengthening biodiversity's weave. That weave is further reinforced by the genetic diversity within individual species, which allows them to cope with changes. Species that lack genetic diversity due to isolation or low population numbers are much more vulnerable to fluctuations caused by climate change, disease or habitat fragmentation. Whenever a species disappears because of its weakened gene pool, a knot is untied and parts of the net disintegrate.

So, what if we were to remove one species from the rainforest? Would the system fall apart? Probably not. The volume of species, their genetic diversity, and the complexity of the ecosystems form such rich biodiversity in this forest that one species gap in the weave won't cause it to unravel. The forest can stay resilient and recover from change. But that's not true in every case. In some environments, taking away just one important component can undermine the entire system.

Take coral reefs, for instance. Many organisms in a reef are dependent on the coral. It provides key microhabitats, shelter and breeding grounds for thousands of species of fish, crustaceans and molluscs. Corals also form interdependent relationships with fungi and bacteria. The coral itself is a loom that allows the tangled net of biodiversity to be woven. That makes coral a keystone organism, one that many others depend on for their survival. So what happens when destructive fishing practices, pollution and ocean acidification weaken coral or even kill it altogether? Exactly what you might think. The loss of this keystone species leaves its dependents at a loss, too, threatening the entire fabric of the reef.

Ecosystem, species and genetic diversity together form the complex tangled weave of biodiversity that is vital for the survival of organisms on Earth. We humans are woven into this biodiversity, too. When just a few strands are lost, our own well-being is threatened. Cut too many links and we risk unravelling it all. What the future brings is unpredictable, but biodiversity can give us an insurance policy, Earth's own safety net to safeguard our survival.

1)  C   the level of interconnection between the three features of biodiversity.

2)  G   spreading seeds around the forest.

3)  E   more resilient to changes in climate and habitat.

4)  B   supports many other marine species.

To learn How to Answer Multiple Choice Questions, click this link.