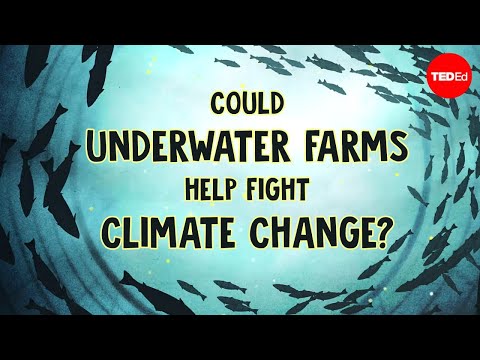 Choose NO MORE THAN THREE WORDS from the text for each answer.

4.  A more sustainable alternative to farming fish is to harvest naturally produced ………………. .

5.  As well as being ………., plant and shellfish-based foods are environmentally friendly.

For 3 billion people around the world, seafood provides a significant source of protein and nutrition. But recent studies show that 33% of wild fisheries are overfished, while another 60% are fished at their maximum capacity. In fact, over half the seafood we eat, from finfish and shellfish to seaweed and algae, isn’t caught in the wild. It’s grown through aquaculture, or aquatic farming.

Farmed seafood is one of the fastest-growing food industries, expanding in volume by 5.8% each year. But different methods of aquaculture come with different advantages and issues, some of which echo the serious problems we’ve seen in industrial agriculture. So how can we avoid repeating the mistakes we’ve made on land, at sea? What aquaculture approaches are we currently using and what does a sustainable way to farm the ocean really look like?

One of the most common aquaculture methods involves large pens made of nets, where fish are farmed offshore in floating cages roughly 1000 square metres in size. Commonly employed off the coast of Chile and in the fjords of Norway, these fish, like many industrially farmed animals, occupy stressful, overcrowded pens. They produce massive amounts of waste, polluting the surrounding areas and potentially spreading diseases to wild species. Worse still, since the antibiotics employed to fight disease aren’t fully absorbed by the fish, they get excreted back into the environment. Net pens are also susceptible to escapes, unleashing huge numbers of fish which compete for resources and weaken the local gene pool with genes adapted for captivity. Escaped fish can even disrupt local ecosystems as invasive species.

One way to solve these problems is to farm fish on land in completely contained systems. Tanks and raceways can recirculate and filter water to prevent pollution. But even fully contained facilities still contend with another major hurdle: fishmeal. About 10% of the seafood caught globally is used to feed animals, including carnivorous farmed fish. Researchers are working on fish feed made of insects and plant-based proteins but for now, many inland fish farms are connected to overfishing.

All these obstacles can make sustainable aquaculture feel a long way off but innovative farmers are finding new ways to responsibly farm the seas. The most promising solution of all may be to look lower in the food chain. Instead of cramming large, carnivorous fish into pens, we can work with natural ocean systems to produce huge amounts of shellfish and seaweeds. These low-maintenance flora and fauna don’t need to be fed at all. In fact, they naturally improve water quality, filtering it as they feed off of sunlight and nutrients in the seawater. By absorbing carbon through photosynthesis, these farms help battle climate change and reduce local ocean acidification while creating habitats for other species to thrive.

Shifting to restorative ocean farming could provide good jobs for coastal communities and support healthy plant and shellfish-based diets that have an incredibly low carbon footprint. In just 5 months, 4,000 square meters of ocean can produce 25 tons of seaweed and 250,000 of shellfish. With the right distribution network, a series of small farms, collectively the size of Washington State, could feed the planet. Farms like these are already popping up around the globe and a new generation of farmers is stepping up to pursue a more sustainable future. Done properly, regenerative ocean farming could play a vital role in helping our oceans, our climate, and ourselves.