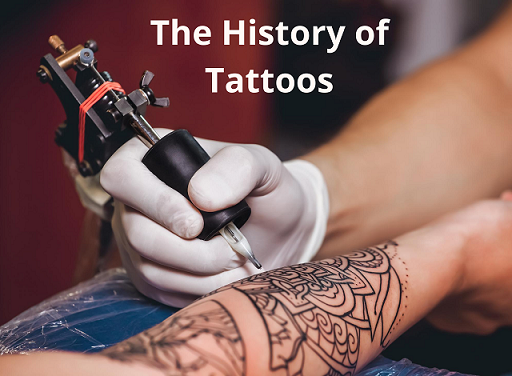 1)  In the 18th century, only male members of Tahitian society were tattooed.

2)  It is rumoured that Queen Victoria had a tattoo of a snake and tiger fighting.

3)  In certain cultures, some people were forced to have tattoos as a punishment.

4)  Certain old methods of tattooing were extremely painful and having a completed tattoo gave you status as a brave person.

5)  Today, as in the past, tattoos are an expression of identity.

The History of Tattoos

Thinking of getting a tattoo? Decorating your birthday suit would add another personal story to a history of tattoos stretching back at least 8000 years. Tattooed mummies from around the world attest to the universality of body modification across the millennia, and to the fact that you really were stuck with it forever if your civilization never got around to inventing laser removal.

A mummy from the Chinchorro culture in pre-Incan Peru has a moustache tattooed on his upper lip. Ötzi, mummified iceman of the Alps, has patterned charcoal tats along his spine, behind his knee and around his ankles, which might be from an early sort of acupuncture. The mummy of Amunet, a priestess in Middle Kingdom Egypt, features tattoos thought to symbolize sexuality and fertility. Even older than the mummies are figurines of seemingly tattooed people and tools possibly used for tattooing which date back tens of thousands of years.

Tattoos don't have one historical origin point that we know of, but why do we English speakers call them all tattoos? The word is an anglophonic modification of "tatao," a Polynesian word used in Tahiti, where English captain James Cook landed in 1769 and encountered heavily tattooed men and women. Stories of Cook's findings and the tattoos his crew acquired cemented our usage of "tattoo" over previous words like "scarring," "painting," and "staining," and sparked a craze in Victorian English high society.

We might think of Victorians having Victorian attitudes about such a risque thing, and you can find such sentiments, and even bans, on tattooing throughout history. But, while publicly some Brits looked down their noses at tattoos, behind closed doors and away from their noses, lots of people had them. Reputedly, Queen Victoria had a tiger fighting a python, and tattoos became very popular among Cook's fellow soldiers, who used them to note their travels. You crossed the Atlantic? Get an anchor. Been south of the Equator? Time for your turtle tat.

But Westerners sported tattoos long before meeting the Samoans and Maori of the South Pacific. Crusaders got the Jerusalem Cross so if they died in battle, they'd get a Christian burial. Roman soldiers on Hadrian's Wall had military tattoos and called the Picts beyond it "Picts," for the pictures painted on them. There's also a long tradition of people being tattooed unwillingly. Greeks and Romans tattooed slaves and mercenaries to discourage escape and desertion. Criminals in Japan were tattooed as such as far back as the 7th century.

Most infamously, the Nazis tattooed numbers on the chest or arms of Jews and other prisoners at the Auschwitz concentration camp in order to identify stripped corpses. But tattoos forced on prisoners and outcasts can be redefined as people take ownership of that status or history. Primo Levi survived Auschwitz and wore short sleeves to Germany after the war to remind people of the crime his number represented. Today, some Holocaust survivors' descendants have their relatives numbers' tattooed on their arms. The Torah has rules against tattoos, but what if you want to make indelible what you feel should never be forgotten?

And those criminals and outcasts of Japan, where tattooing was eventually outlawed from the mid-19th century to just after World War II, added decoration to their penal tattoos, with designs borrowed from woodblock prints, popular literature and mythical spiritual iconography. Yakuza gangs viewed their outsider tattoos as signs of lifelong loyalty and courage. After all, they lasted forever and it really hurt to get them.

For the Maori, those tattoos were an accepted mainstream tradition. If you shied away from the excruciating chiselling in of your moko design, your unfinished tattoo marked your cowardice. Today, unless you go the traditional route, your tattoo artist will probably use a tattoo machine based on the one patented by Samuel O'Reilly in 1891, itself based on Thomas Edison's stencil machine from 1876.

But with the incredibly broad history of tattoos giving you so many options, what are you going to get? This is a bold-lined expression of who you are, or you want to appear to be. As the naturalist aboard Cook's ship said of the tattooed Tahitians, "Everyone is marked, thus in different parts of his body, according maybe to his humour or different circumstances of his life." Maybe your particular humour and circumstances suggest getting a symbol of cultural heritage, a sign of spirituality, sexual energy, or good old-fashioned avant-garde defiance. A reminder of a great accomplishment or of how you think it would look cool if Hulk Hogan rode a Rhino. It's your expression, your body, so it's your call. Just two rules: you have to find a tattooist who won't be ashamed to draw your idea, and when in doubt, you can never go wrong with "Mum."