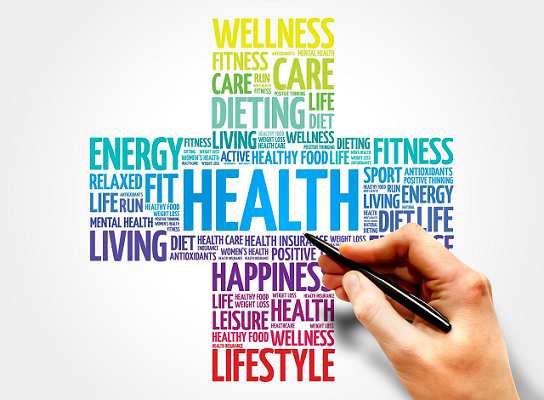 * Note – there are more headings than sections so not all the headings will be needed.

i    How helping others can improve mental well-being.

iii   The recommendation to be active in nature.

iv   The positive effects of attending a place of worship and belief in a higher power.

v    The benefits of having a mental or physical activity to focus on.

vi   The value of learning something new.

vii   The importance of having a regular routine.

A  No one is immune to developing chronic illnesses such as heart disease, cancer or arthritis as they get older. But research shows social activities, like joining clubs, interest groups or volunteering, are linked to better mental and physical health and a longer lifespan. Our own recent research found that the more that people participated in social activities, the less risk they had of developing or accumulating chronic conditions. We looked at people aged 50 and older from 12 European countries over a five year period and studied how volunteering, education, joining a club or being involved in religious or political groups impacted their likelihood of developing major chronic illnesses.

We found that weekly participation in social activities reduced the risk of developing a chronic condition by 8% compared to no participation, and reduced the risk of developing two or more chronic conditions by 22%. Even if you’re busy, our findings suggest that just a few hours spent on a social activity every week can protect your health. Not only are social activities important for keeping physically active, engaging in activities with other people is shown to benefit your mental wellbeing, which in turn further protects your physical health. With that in mind, there’s a wealth of research that shows doing just one of these five activities regularly will provide benefits.

B  Taking time to be inspired by new things is good for our health. Studies show that people who read books live longer, and bilingual people have better cognitive health. Pursuing new knowledge or learning new skills is known to promote wellbeing and memory function. Activities like attending an art or music class are associated with enhanced brain health, as they improve the communication between different brain regions. They can also improve psychological resilience, meaning that they can improve people’s ability to cope better and persevere through stressful or challenging situations.

People who have made a habit of learning throughout their lifetime generally have better physical and mental health, including reduced risk for heart diseases and obesity, healthier habits (such as good nutrition, exercise, and not smoking), better wellbeing and cognition, and a stronger sense of purpose in life.

C  Research shows joining a handball or football team has multiple health benefits, such as lower blood pressure, better heart rate, lower fat mass and musculoskeletal fitness. People are also more motivated and have better wellbeing. Even less common activities like rock climbing reportedly ward off symptoms of depression, while hiking is shown to promote emotional health, creativity, a sharp mind and healthier relationships. This might be because living in the moment can be a healthy distraction from stress and worries. Physical activity might let someone experience “flow”, the state of being completely absorbed, focused and involved in something. During flow, people typically report deep enjoyment, creativity and happiness.

Even non-exercise group pastimes are beneficial. Mentally stimulating activities, such as card and board games, videogames, needlework or crafts, have been shown to improve and sustain good mental and cognitive health. Joining a choir not only protects physical and mental health, enhances wellbeing and reduces loneliness, it also promotes lung health and reduces anxiety as a result of controlled breathing practices. Group activities such as singing, knitting, painting, playing board games or playing football have also been shown to increase social belonging and help people bond.

D  The old saying that it’s better to give than to receive might be true. Research shows that spending time volunteering is associated with enhanced mental health, higher physical activity, fewer functional limitations and lower risk of mortality.

We have previously shown that weekly volunteers are twice as likely to have optimal mental health compared to non-volunteers. Other researchers have reported similar links to acts of kindness in general. Volunteering can benefit mental health by providing a sense of meaning and purpose, improving competence, self-esteem, solidarity and compassion, as well as opportunities to connect with others.

E  Being able to contribute to one’s community is also key to mental health. This is because humans have an intrinsic need to both be connected with a community and have a role to play in it. One way to do that is through political or civic group activity.

Community engagement is generally associated with better physical and mental health and wellbeing, and some research even shows civic involvement at age 33 is protective against cognitive impairment at age 50. This means that being active in a civic group is linked to sustained cognitive health over 15 years.

F  A large volume of research shows that religion and spirituality are, in general, beneficial to mental health. These mental health benefits positively impact physical health and decrease the risk of disease by improving immune function and lowering the stress response.

When becoming ill, many use their religious beliefs to cope with illness, which is important since poor coping skills can lengthen hospital stays and increase patient mortality. Accordingly, some evidence suggests that religious people tend to have better recovery when ill or having undergone surgery. Also, attending religious services is associated with long life and better brain health, as well as increased resilience against depression even for high-risk people.

No matter what activity you choose, all of them have three behavioural principles in common that we have written about before, known as Act-Belong-Commit. Getting active, getting social, and getting involved can help you maintain good mental and physical health in general and as you age.

1. A ii Evidence that social interaction enhances both mental and physical health.

2. B vi  The value of learning something new.

3. C v  The benefits of having a mental or physical activity to focus on.

4. D i  How helping others can improve mental well-being.

6. F iv  The positive effects of attending a place of worship and belief in a higher power.