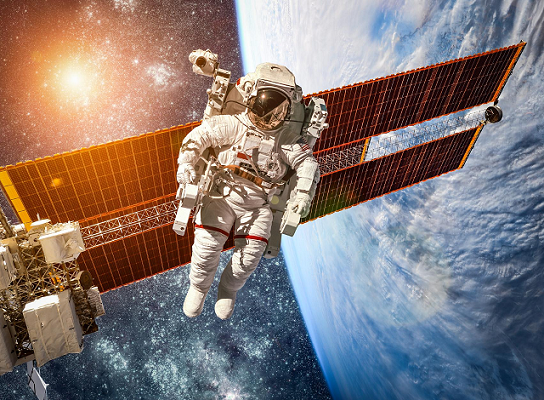 1.  Astronauts on the early NASA space missions were known as space adventurers.

2.  NASA has sent people from many different nationalities into space.

4.  Some trainee astronauts are rejected because they cannot cope with high g-forces.

5.  Astronauts undertake some of their physical training underwater.

6.  Ordinary people will be able to travel into space for a total fee of about thirty-five thousand dollars.

Have you got what it takes to become an astronaut in the new era of human spaceflight?

Millions of people watched breathlessly as astronauts for the first time successfully travelled to the International Space Station (ISS) in a privately funded spacecraft, SpaceX’s Falcon 9 rocket and Crew Dragon capsule, on May 30. The historic launch, which marks a new chapter in human spaceflight, is likely to lead to renewed interest in spaceflight. So, what exactly does it take to become an astronaut? And can we expect the requirements to change as more private companies get involved and we go on longer journeys?

During the space race of the 1960s, NASA selected an elite group of air force and test pilots to orbit the Earth and to ultimately land on the moon. These pioneers were well accustomed to taking risks and pushing their hardware to the limit. They were later described as having “The Right Stuff” when it came to the physical and psychological characteristics required to be a space farer, a term that is now synonymous with astronaut selection.

Nowadays, thanks to advances in technology and a greater understanding of the requirements of spaceflight, scientists, doctors, engineers and even journalists have all joined the most exclusive club on (and off) Earth. Of the estimated 100 billion people who have ever lived, fewer than 600 individuals have travelled into space. It is, therefore, a unique profession and one that not all of us are suited to.

Currently, NASA stipulates that applicants must meet certain criteria. First, you must be a US citizen, though some have changed their nationality to fulfil this requirement, including UK-born Michael Foale and Piers Sellars. You must also possess a master’s degree in science, technology, engineering or maths, or a Doctor of Medicine degree. In addition to that, you should have at least two years of related professional experience. Alternatively, 1,000 hours of pilot-in-command time on a jet aircraft will do, which is particularly important for the pilot and commander roles. And finally, you have to pass NASA’s long-duration flight astronaut physical test. Similar criteria are set by other nations, including the European Space Agency (ESA). Essentially, candidates must demonstrate aptitude in a range of attributes. These can generally be broken down into four distinct areas and may change going forward.

The pilot and commander roles for a space mission will always favour those from a military/test pilot background. But modern spaceflight crews have to undertake a far wider range of duties pertaining to science and engineering than their pioneering predecessors. While on the ISS, crews have to ensure the integrity of experiments and keep the station operating efficiently and safely. Therefore, having a detailed knowledge of scientific processes and engineering principles is essential and will continue to be so.

Emotional stability is a crucial trait for any astronaut to have, but the psychological requirements are much more comprehensive than simply controlling one’s emotions. An ability to demonstrate good reasoning, high levels of concentration and memory, spatial orientation (especially crucial when there is no up or down in space) and manual dexterity are also important factors. With longer-term flights to the ISS and eventually Mars planned, it will be increasingly important for astronauts to be able to work well as a member of a team, be flexible in their approach to resolving problems and have empathy for their fellow crew.

Whether it be due to the high g-forces during launch or the microgravity environment in Earth orbit, the human body is pushed to its limit throughout a spaceflight mission. Therefore, it is fundamental to mission success that astronauts are medically and physically capable of surviving such diverse and challenging conditions. In addition to successfully enduring a barrage of physical fitness tests, astronauts must also have 20/20 eyesight (correction allowed) and a seated blood pressure of 140/90 or below. While there is technically no age restriction, the average astronaut candidate is around 34 years old. So long as you are fit enough there appears no limit to this. John Glenn flew on the space shuttle aged 77.

To be able to go to space, astronauts also have to complete an assortment of activities designed to prepare them for the various aspects of their mission. Exposure to high-speed manoeuvres in jet planes and increased g-force in specially constructed centrifuges prepare the astronauts for some of the physical challenges they will experience during launch and landing procedures. They also practice in-flight procedures like eating, drinking and using the lavatory during short periods of simulated “zero-g” flights using converted passenger jets. Longer periods of weightlessness can be created in vast swimming pools such as NASA’s Neutral Buoyancy Laboratory. There, astronauts, kitted out in full spacesuits, can train alongside full-size mock-ups of ISS modules. This allows crews to carry out run-throughs of upcoming missions.

The official space agency route to becoming an astronaut is no longer the only way to get a ticket into space though. Since the early 2000s, the ISS has hosted private paying guests. The success of NASA’s Commercial Crew Program will continue to facilitate safe, reliable and cost-effective access to and from the ISS. This will likely include an increase in visiting private astronauts. As these guests will not be as “hands-on” as their fellow astronauts, they will not have to fulfil as stringent criteria. This will likely allow more people access to space. However, this private option will not come cheap. NASA estimates that, in addition to launch costs, these space tourists can expect to pay around US$35,000 per night.

Becoming an astronaut is probably, and not surprisingly, one of the most difficult career paths to pursue. That said, those who have achieved their astronaut “wings” describe it as a hugely rewarding profession. So, if you have the required passion and related characteristics then perhaps you too have The Right Stuff.