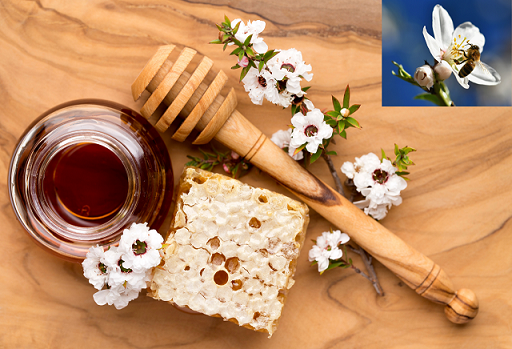 Choose NO MORE THAN THREE WORDS AND/OR A NUMBER  from the text for each answer.

1.  Which native culture has historically used Manuka honey as a health product?

2.  What have many types of bacteria developed?

3.  By which decade do scientists fear that deaths from infections could reach 10 million?

4.  What is now available to prove that Manuka honey has effective antibacterial properties?

5.  How much Manuka honey needs to be mixed with antibiotics to improve their effectiveness?

6.  Proof that Manuka honey has genuine medical benefits could alter our attitude to what types of remedies.

The power of Manuka honey

Manuka honey has been a firm favourite on health food shop shelves for several years now but has long been used as a natural remedy by the indigenous Maori people of New Zealand. The dark, sticky nectar is known as the “healing honey” for a reason: it has antiviral and antibacterial properties that have been used to battle bugs for centuries.

More recently, the honey, which is made by bees from the nectar of the Manuka tree, has been employed in hospitals around the world to treat wounds. Research has found that the honey’s high sugar content, acidity and the presence of various other components like methylglyoxal, create an environment in which bacteria are unable to survive.

One of the biggest threats to human health is antibiotic resistant bacteria and as researchers around the world work to find a way to battle these bugs, we’re looking at how this sweet “superfood” could help.

Antibiotic resistance is a growing problem seen in many different types of bacteria. As treatment options continue to dwindle, it has been recognised as a global threat, one that has grown worse not only because of a rise in resistance but also due to the decrease in both the discovery and production of new drugs. Analysts have estimated that if no new antibiotics or alternative treatment strategies are found by 2050, 10 million people a year will die from antibiotic resistant infections. This will be more deaths than from any other single cause, including cancer and diabetes.

The bacteria Staphylococcus aureus and Pseudomonas aeruginosa, commonly found in wound infections, are both associated with serious multi antibiotic resistant infections. Each is difficult to treat and can lead to complications and death. The fact that they are resistant to antibiotics often means there are limited treatments available. A number of options to combat resistance are currently being investigated, however, one of which is the use of natural products, either alone or in combination with antibiotics. Indeed, many natural products, such as honey, green tea, garlic and turmeric, have been identified over the years as potential antimicrobial agents.

In ancient times, the type of honey used to treat a person often depended on their geographical location and the type of ailment. Manuka, for example, was used as a topical ointment for wounds and ulcers by the Maori people. Much of the evidence for the effectiveness of the honey treatment was anecdotal, however, with no real research to rely on. These days, standardised sterile medical grade Manuka honey is available and there is considerable evidence demonstrating its antibacterial effect against a wide range of infections. Furthermore, we now have explanations for the different process by which this particular honey can kill both Staphylococcus aureus and Pseudomonas aeruginosa.

Laboratory testing of antibiotics such as oxacillin, rifampicin, tetracycline and colistin has revealed that the drugs have an increased potency against either Pseudomonas aeruginosa or methicillin-resistant Staphylococcus aureus (MRSA) when combined with very low concentrations of medical grade Manuka honey. When used to fight MRSA, the honey damages the bacterial genes involved in creating resistance to oxacilin, which then allows oxacillin to better kill the bacteria. The specific mechanism by which Manuka honey restores the power of the other three antibiotics is not yet clear, though several different research groups have now reported the improved effectiveness of antibiotics when combined with honey.

Importantly, many different components within honey have been identified as having activity. This means that these components work together to target different parts of the bacteria, making it much more unlikely that bacteria will develop a resistance to honey in the way they do to antibiotics which tend to have a single target that the bacteria evolve to bypass.

As some infections are resistant to multiple antibiotics, some treatments combine two or more drugs to battle infections. Our research suggests that Manuka honey has the potential to be used in a similar way, combined with antibiotics. As most infections come from a mixture of different bacteria, identifying an antibiotic which works better against them when combined with honey would be the most useful. We have successfully seen this effect, using honey to improve the efficacy of the drug tetracycline against both Pseudomonas aeruginosa and MRSA.

Future research is obviously needed before the treatment can be used in hospitals, however. We need to test a larger range of antibiotic resistant bacteria and see whether the medical grade honey has similar effects on different species likely to be found together in an infection, when combined with a range of drugs. It will also be essential to see if these effects are reproducible in a clinical setting and not just in the laboratory.

But what we have seen is very promising. The fact that medical grade Manuka honey could potentially be used to increase the potency of some commonly used antibiotics against bacteria could change the way we view other “traditional” remedies, too.

To learn How to Answer Short Answer Questions, click this link.